What is the DC ‘Solar for All’ Program? 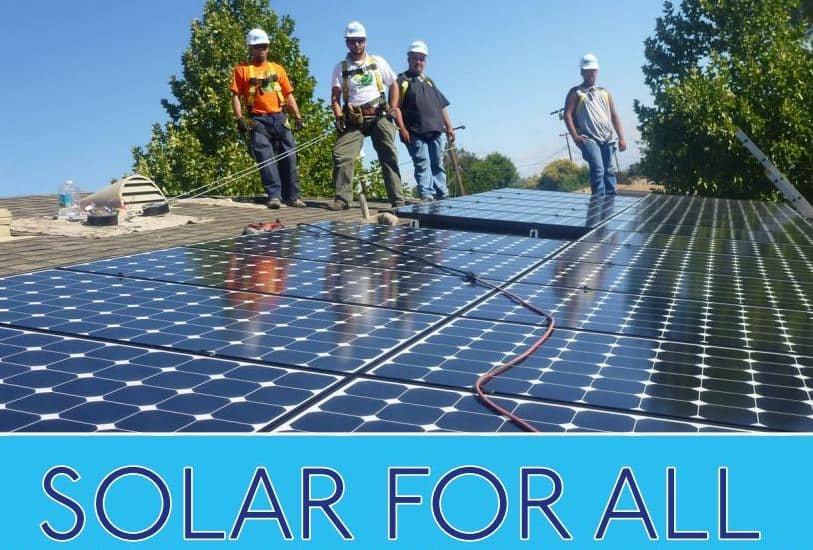 Many critics of the American approach to renewable energy deployment correctly point to its regressive nature. Specifically, the beneficiaries of federal and local subsidies to solar energy systems tend to be wealthy. After all, until recently, you need to own the roof over your head to capture those benefits. The bigger the roof, the more the benefits. What’s more, the costs of local incentives are primarily borne by electric ratepayers. Lower income households pay a high percentage of their income to utilities, making the effective “tax burden” of solar deployment higher on needier families.

A handful of states and jurisdictions have attempted to remedy these inequities by subsidizing solar energy for low to moderate income households who may not own the roof over their head. DC’s incarnation of this effort is called Solar for All.

The Solar for All Program mandates the District Office of Energy and Environment (DOEE) provide 100,000 DC households with 50% of their electricity from locally generated solar energy systems; at no direct cost to the household. According to the law, this must happen by 2032.

Solar Arrays will be built around the city as Community Renewable Energy Facilities or CREFs. These CREFs will send all their energy to the grid and DOEE will find beneficiaries to subscribe to the systems. DOEE has been working with the District Office of Consumer and Regulatory Affairs (DCRA), Office of Zoning, and Pepco to streamline the process of approving and interconnecting

To qualify as a beneficiary, your household must be below 80% of the Adjusted Median Income for DC. We estimate this to be around $65,000 annually.

Solar developers can apply for grants from the DCSEU. These grants range from $1 per watt to $1.50 per watt for hard cases that also address site suitability issues like damaged roofs. In exchange for these subsidies, the developer commits all electricity generated from the system to program beneficiaries for the next 15 years.

Roof owners can also benefit from this program. Many of Honeydew’s partners have sweetened offers to our clients as a result of SfA. For example, in December 2018 Honeydew secured a flat rate 2¢ PPA for a 175 kW solar array condominium building.  We estimate that the PPA would save the customer an average of $22.6k per year for 15 years. The Solar for All Program brings this average to $27.5k; 21% increase with higher payments made earlier on (see chart below).

Are you interested in seeing if your property or household can benefit from DC’s new Solar for All Program? Please fill out the form below and a Honeydew Energy Advisor can help you out. 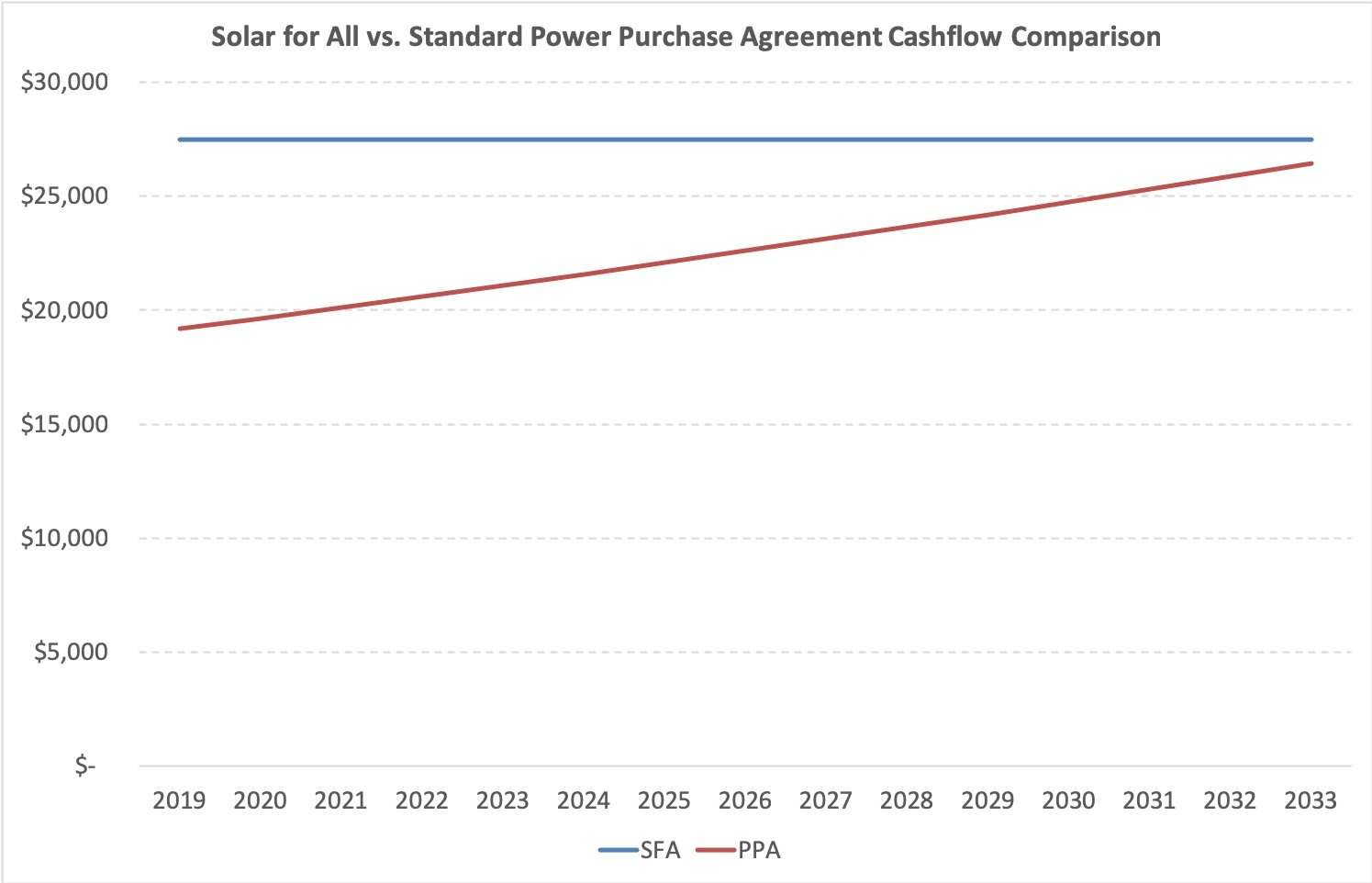