A Deceptively Simple Solution for Carbon Emissions – Use Nature 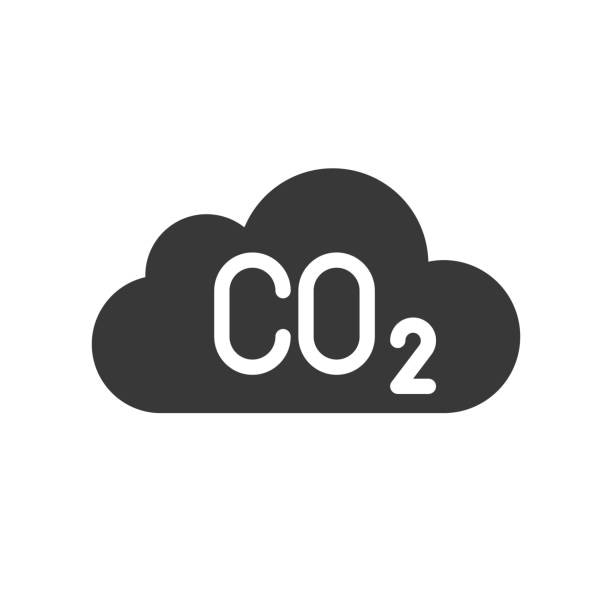 There is a great deal of discussion around putting a price on carbon emissions. Groups like the Citizens Climate Lobby, the Climate Leadership Council, and the Carbon Pricing Leadership Coalition, are actively lobbying for a variety of policies including a carbon tax and cap-and-trade programs. There is wide agreement among activists and economists that putting a price on carbon dioxide emissions would be an effective way to drive people’s behavior and get companies to reduce the amount of carbon dioxide they emit into the atmosphere. We can take the carbon price model even farther by recognizing that Nature has another use for carbon dioxide and methane methane: growing plants! Not only should we put a price on carbon dioxide emissions going into the sky, but we should also pay people a commensurate amount of money to deposit that carbon back into the soil and trees where it belongs.

The Earth’s vegetation and soils hold tremendously more carbon than the atmosphere. Soil, trees, plants, and animals all have a carbon bedrock design. There are nearly 3,000 gigatons of carbon in the Earth’s biomass and soils, compared to 800 gigatons in the atmosphere. While we humans are busy injecting nearly 10 gigatons of carbon into the atmosphere every year, Mother Nature cycles through 120 gigatons of carbon every year using the process of photosynthesis to break down carbon dioxide into its constituent elements of carbon and oxygen. The oxygen is released into the air for animals like us to breathe, while the carbon is directed down into the soil where it accumulates and is turned into living plants and creatures through a process of natural carbon sequestration.

Part of the problem of global warming has always been the fact that we are steadily destroying ecosystems by cutting down forests and degrading the soil. Doin this both releases carbon dioxide and undermines the Earth’s capacity to soak up carbon dioxide. However, this can be reversed if we change our economic incentives to incorporate the positive externalities of natural carbon sequestration.

Today, a standing forest has relatively little economic value. The only value comes from what we harvest from it, like timber, game, or crops. As such, we are systematically incentivized to cut down forests and “improve” the land by turning it into farms or homesteads. We see this process happening all over. The burning of the rain forests in Brazil has been getting a lot of attention lately, but we do the same thing here in America. We can point to many examples in the USA of forests being cut down to make room for new houses and subdivisions. I’ve watched it happen my entire life in my native Northern Virginia, where mighty forests have ceded to McMansions and big lawns.

For a global annual budget of around $1 trillion dollars, we could pay farmers, ranchers, and landowners $100/ton for depositing carbon in the soil, and the Earth would readily accept it because it simply means improving soil and restoring ecosystems. $100/ton of Carbon is a cash crop price that would generate new businesses and roughly equals $30/ton CO2.

The more mature and biodiverse the ecosystem, the more carbon is absorbed as trees grow thicker every year, and the soil gets deeper. These benefits compound annually. This plan would require a robust and trustworthy system for monitoring, reporting, and verification (MRV) to enable large financial flows. There is a standing deficit of hundreds of gigatons of carbon that has been lost from deforestation and soil degradation. By repairing a fraction of the damage we have done to ecosystems we can absorb 100% and more of our carbon dioxide emissions.

It has proven vexing to find solutions that actually work to solve for 36 gigatons of carbon dioxide in the face of growing energy demand, all the new wind and solar has simply been feeding a growing pool of energy supply without really displacing any of the existing energy sources. We have been pouring trillions of dollars globally into high-tech solutions yet carbon dioxide emissions continue to climb.

We need to think outside the box and try some new ideas. It seems much more reasonable to solve for 10 gigatons of carbon using nature-based solutions that translate to restoring ecosystems, reforestation, and practicing regenerative agriculture than to solve for 36 gigatons of carbon dioxide with alternative energy technologies that have proven to be only marginally effective. These solutions are not mutually exclusive, we should continue to build out wind, solar, and electric transportation, these technologies are all excellent, and energy efficiency is always a good idea. But carbon dioxide emissions have proven difficult to halt because hydrocarbons are the foundation upon which our industrial civilization is built, after all, we need hydrocarbons to manufacture all the wind turbines, solar panels, and electric cars!

There are grassroots efforts to build these systems, the Nori Marketplace is one such effort, they are raising money to pay farmers for their soil quality, using a blockchain platform for the accounting and payments, and MRV is an important part of the strategy, but a lot of work still needs to be done.$30/ton on CO2 translates roughly to $100/ton for soil carbon, a low price on emissions translates to a high price for farmers and landowners and would be a game-changer in global agriculture and land management. Let’s put nature first in the list of solutions, not last, and let’s put our money where our ethics are.