Why have Maryland SREC’s gone up so much recently? 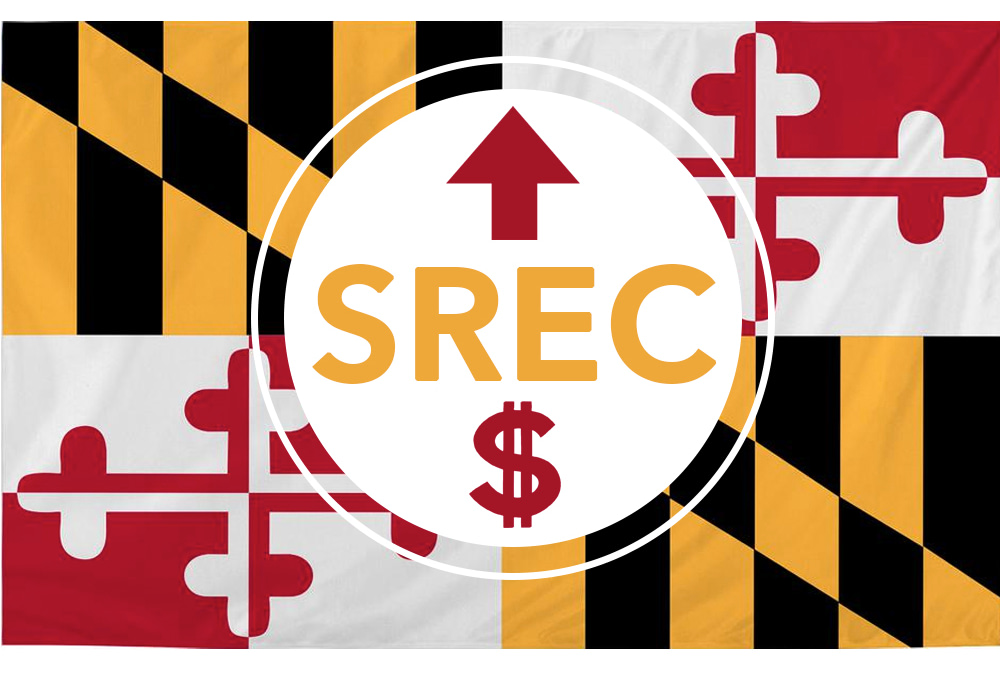 Over the past 10 years, chiropractors have been raking it in from treating whiplash from those watching the Maryland SREC market. In 2009, MD SREC prices rivaled their neighbor DC at $325 per megawatt hour. This value was slashed in half over the next 5 years as the Free State rapidly met their modest Renewable Portfolio Standard, or RPS, which mandates what percentage of their total grid energy comes from renewable sources. This trend continued until the market bottomed out in 2018 at $9 per SREC. This price collapse retarded the development of commercial scale solar systems in Maryland.

Maryland’s legislature sent relief to the ailing market upon the passage of the Clean Energy Jobs bill on April 8th. While this bill is more watered down than a similar bill being considered at the time, it still sets aggressive targets. By 2030, the state has set a goal a 50% RPS. 14.5% of the total energy portfolio is carved out specifically for solar energy. As a result, SREC prices have jumped to $55 in the span of a few months. 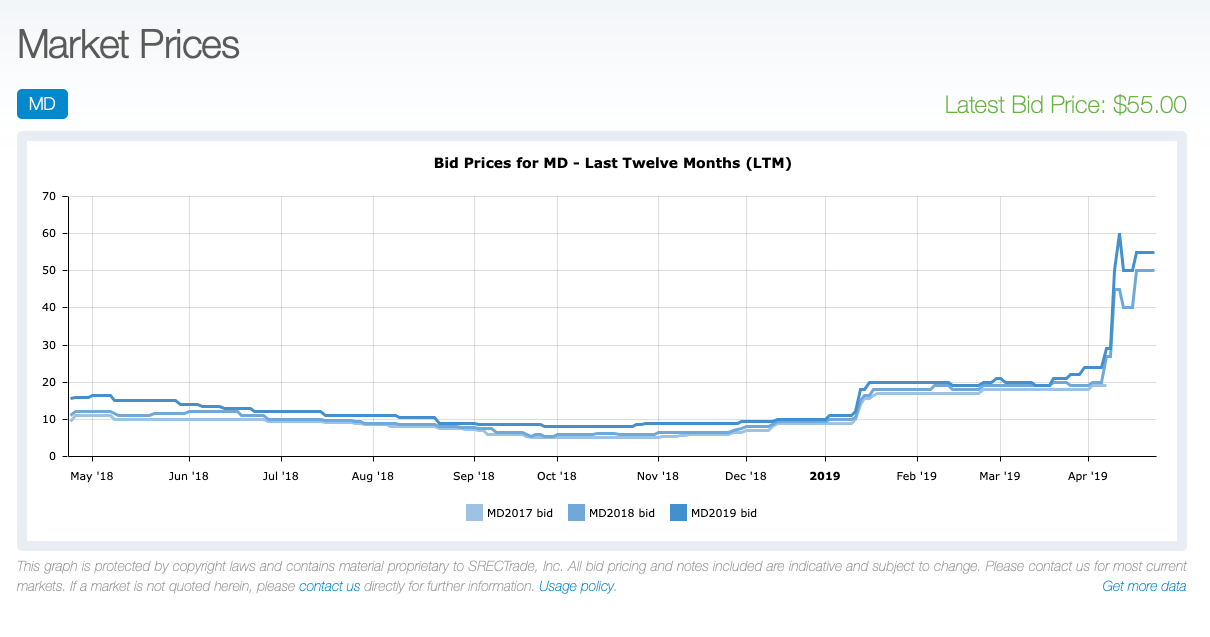 To be clear, Governor Hogan can still veto this bill, as he did with less ambitious legislation in 2016. That bill aimed to bring the RPS from 20 to 25%. While he called the goals of the legislation “laudable”, he didn’t believe it was worth the cost to ratepayers. The legislature disagreed overrode the veto 10 months later.

Given that the legislature that approved of this bill still maintains a veto-proof majority, SREC speculators think it likely the bill will become law. Political prognosticators believe it’s likely that Hogan will not sign this bill, but simply let it go into effect passively. This allows the Governor to tacitly support the legislation without going on record for doing so, thus freeing him from accusations that he signed legislation that raised electric rates. Seems like a farcical distinction from our perspective.

So what does it mean for SREC prices to go from $9 to $55 to a commercial investor of a solar PV system? Let’s say you have a roof with 10,000 square feet available for solar panels. This is enough space to build a 100 kilowatt solar array that will produce around 120,000 kWh’s of electricity per year and will cost around $225k, depending on site condition.

Would you like to learn how to capitalize on this new opportunity? Please give us a ring or fill out the form below.